The Blurred Lines of Acting & Modeling 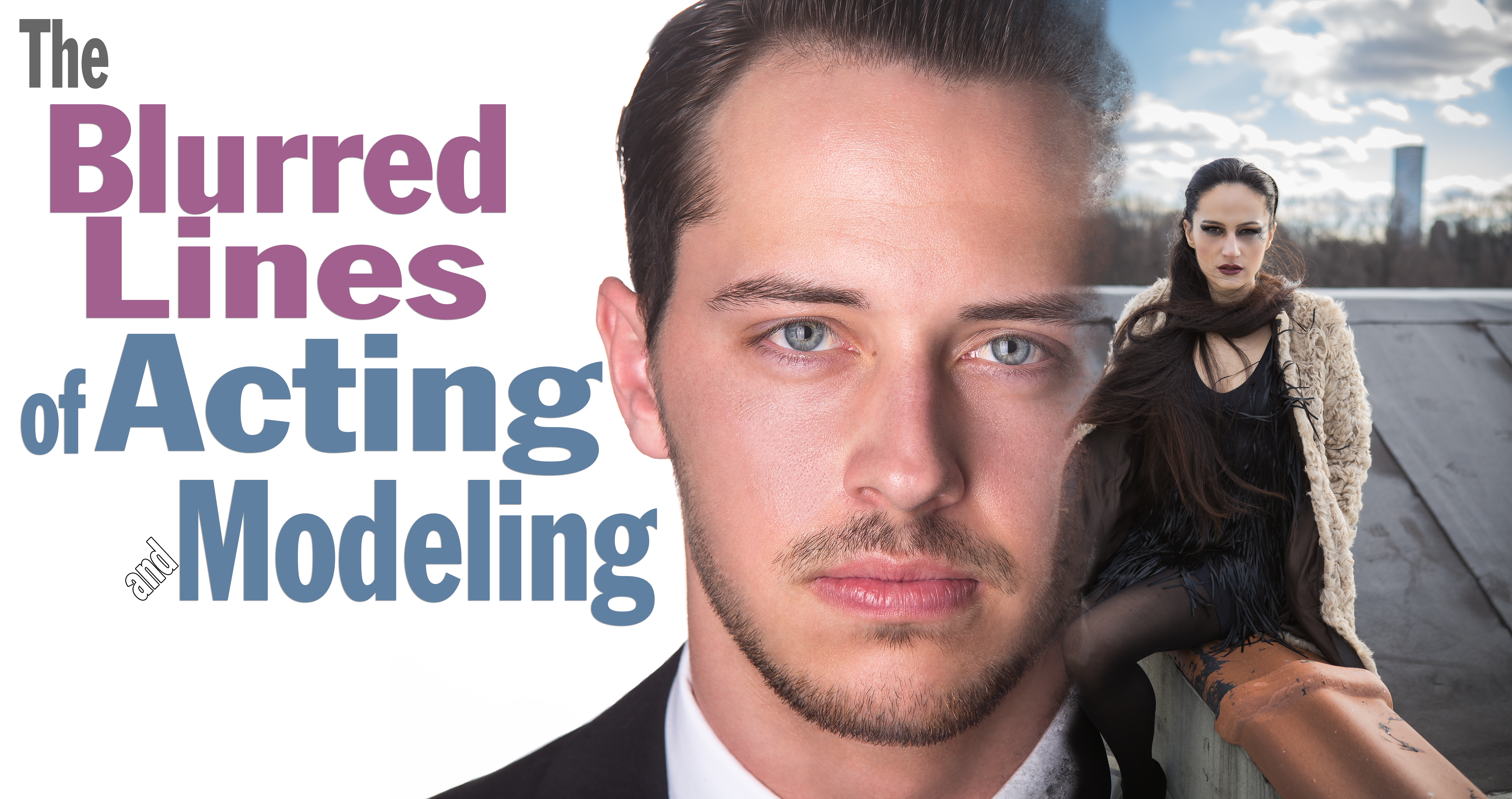 I’m no actor, nor a model. But I am photographer that works with both many times in the past 5 years of shooting photography. I’ve spoken to some actors and some literally don’t see any value in modeling… at all. And same with the opposite, with models. Why? It understandable everyone is trying to be very careful with their time, its a given an actor will automatically assume modeling has no value, or vice versa a model assuming acting has no value, at least at first until they actually tried their first shoot with photographer that uses the skill of acting in the shoot.

Acting skills used in a photoshoot is actually very common practice, at least in staged/posed shots, such as fashion, lifestyle, fantasy and conceptual photography, to name a few. Some shoots require minimal acting skills and some require a lot to being completely different person, such as looking like another person and playing a completely different character than yourself. And when I say “playing” I don’t mean reading a script. Acting in photos is very different than acting the traditional sense in motion picture. Acting in a photograph is acting with body language, and attitude using your body and facial expressions to help tell the story and meet the goal of the photographer or art director. Improving the acting skill level in a photoshoot is critically important especially for large advertising campaigns. It’s a must needed skill for models looking to work in legitimate agencies because agencies are the ones called upon to provide talent to those campaigns.

A great model can act very well. A great actor can model very well. This is why the lines are blurred.

Those whom are solely a model would not need the skills of acting in motion pictures because the model can choose to stick to only a still image modeling career. But as for actors it is a little different, unless you want stay in theatre acting, because if you’re an actor your goal is to be in a very successful movie or TV show which will require PR, advertising, etc. photoshoots to publicize you, the show/movie, etc.

Granted as the actor you should know the character you’ve played on the movie or TV show very well so acting for this character should be a bit easier than a model playing a completely new character for a photoshoot for whatever reasons the photographer or art director needs them in. But who knows sooner or later you’d want to show your abilities as an actor to casting directors or agencies you have the ability to act via a still image. Competition every day is getting stiffer and stiffer for actors. So to stand out you have to do things differently and bold to get the attention of your audiences. Who knows maybe investing into a modeling shoot with a specific character you want (or come up with the photographer you hire) and make it come to life via a still image photoshoot. Also going down this route could save a ton of money than say paying a video production team to make you look great for a demo reel clip, or better if you need something or anything to advertise yourselves with in a format that’s a bit easier than video use your acting skills to shine in a still image which then interest people to look into you more such as driving traffic to your website and watching your current demo reels.

Selecting the right team to help you shine your skills not just an actress but as well as a model. Rather you solely focus on modeling or acting, working with a photographer that knows both very well is a huge golden nugget. Even though as I mentioned both models and actors have blurred lines of similar skills being acting, it will require a photographer knowing how to not just bring out the real you but as well direct you well enough to bring out an authentic character that isn’t your natural day to day character. Such as a photographer who also works as a videographer (or has the intention of being one) or cinematographer and works with actors and models often. I don’t want to plug myself, but it is my blog, I know I can provide the above! If you’d like to discuss a shoot either as a model or actor contact me!

A photographer you hire generally can be the art director as well for the photoshoot you’d like to show that character you have in mind, or if you don’t have any specific character in mind generally the photographer has the ability to talk to you and create one that is best for you and your goals in acting or/and modeling career. As well the photographer would hire the rest of the team if needed, dependent on your goals, budget, and type of character decided that is best to act out in the images. Such as professional hair, makeup, is obvious… but how about special effect makeup artist? That would be interesting to most I’m sure, but keep in mind they are tough to find and generally high dollar value for their skills, if that is no problem for you great! Other talent to know about is body painter, and wardrobe stylist. Every piece of different talent in the team has the skills to make or break with or without them being present.